Originally released in 2013, “What I Deserve” was an unofficial single to Eponymous 4’s fourth album 健忘症 (Kenboushou). It had a music video, and it was even included in the compilation Original Confidence. But it never had a separate release on any digital platform.

“What I Deserve” has been remixed and remastered as part of multi-year reissue campaign, in which Eponymous 4’s hastily released albums before 2017 all get the time and attention they deserve. 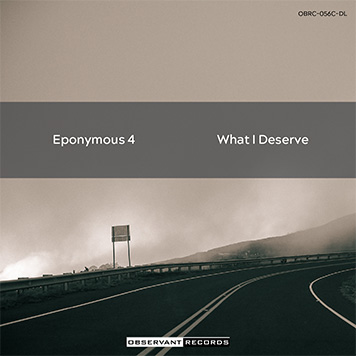