The One to Make You Whole

Under the influence of Enya and Andrew Lloyd Webber, I wrote a pop music requiem mass in high school. The Offertorium of that piece was the only track I managed to demo. I’ve pretty much scrapped that requiem, but I’ve reworked the Offertorium into “The Dreaming End”.

At the start of my college career, I was a big Anne Rice fan, and “I’m the Shadow” took more than a few cues from The Witching Hour. I had a vague sense of a melody in my head, but I wasn’t a savvy enough writer at the time to jot it down. When I unearthed the lyrics to this song while perusing old sketches, I gave it another shot and came up with the recording on this release.

These tracks share with “The One to Make You Whole” a more fluid harmonic rhythm. 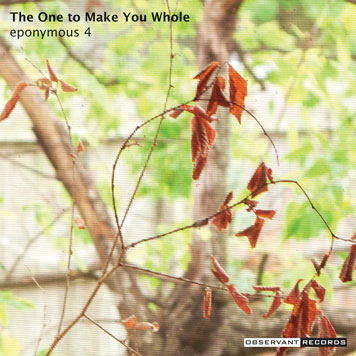