Sheet music publishers in the US may go as far as publishing tablatures or piano arrangements of only the biggest hitmakers. But scoring an entire recording? Let alone a full album? Of even obscure independent bands? That’s where Japan has the US beat.

When my fascination with popular music from Japan first burgeoned, I would order “band scores” from online booksellers just to get the lyrics of my favorite songs Romanized. Having a full arrangement of said songs was certainly an added bonus.

Armed with such knowledge, a Japanese cover album was inevitable. In fact, it was almost derailed when I couldn’t track down scores to a few tracks. (For that, I had to lean on my ear and scores of “cover” videos on Youtube.)

Perhaps it’s less a cover album and more a karaoke album. Where possible, I stuck to the arrangements on hand and tried not to inject too much outside influence on the songs. 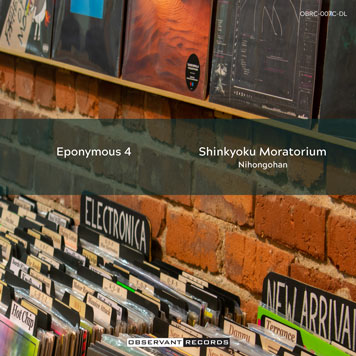