It’s tough to work in the communications or technology industries during a Mercury Retrograde. In astrology, Mercury reigns over these areas, and when its motion appears to go backward in the sky, it causes all sorts of problems.

The tracks of Retrograde Songs all come from half-baked or unfinished demos. I noticed I was more inclined to work on these tracks during a Mercury Retrograde, which is also a time for past issues to resurface. Similar to my approach with A Ghost in My Shadow, I revised a number of tracks to the point where they bear little to no resemblance to their original takes. A few songs existed only as sketches and finally got fleshed out.

I didn’t plan on releasing singles with any of my previous albums, but these miscellaneous tracks all felt like b-sides. So b-sides they became, and Retrograde Songs is their collection. 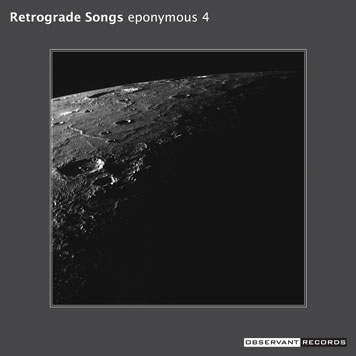