A compilation is supposed to happen sometime after a debut album. It isn’t the debut album itself.

So the subtitle of this particular release is “An Overview of Eponymous 4”. As if that hair is really split.

Original Confidence came together as a Christmas card. About 10 people received it.

I had just gotten the hang of how comping a track works, and I wanted to throw something together that would serve as a cross-section of all the tracks I’d been laying down.

So rather than wait for all four albums and five EPs to get done, I put together the stuff that felt like singles.

Original Confidence is also the name of the Japanese popular music charts, a.k.a. ORICON. Applied to my material, it becomes a sardonic title. 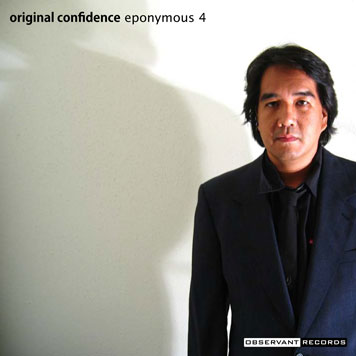