Prose is easy. Prose is natural.

I’ve had a lot of practice with prose. It’s almost as easy as breathing. So too with songwriting. Chord progressions, melodies, arrangements — I’m old hat.

But verse? Verse requires concentration, stamina, patience, time. Real life squeezes most of those things out.

I was able to lay down dozens of tracks in a year’s time. The words were much slower to follow.

So with 「健忘症」 (Kenboushou, or Amnesia), I decided to reverse the operating procedure — lyrics first, then music.

Since I didn’t know how the music would sound, I gave myself I gimmick — I would use Japanese titles for all the songs. When I finally got around to writing the music, I was in the mood to make it sound like an alt-country album.

When was the last time anyone saw an alt-country album with Japanese song titles?

「健忘症」 was also a significant test. Until then, I had a backlog of ideas and old songs that were fleshed out, edited, repurposed. This album would be the first of entirely new material since college. 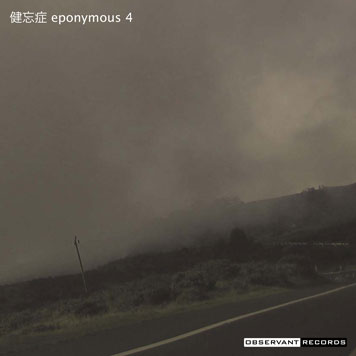