“Wrong Again” started out as a cheap imitation of Walking Wounded-era Everything But the Girl, recording on a workstation a decade past its prime. It was a clear case of music in my head not matching anything that came out of the speakers. So I started over nearly 18 years later, this time with an arsenal of loops and software synthesizers. The original demo didn’t have a name. This version, however, pays tribute to its source material right in the title.

“Acid Vogue” was one of the first songs I wrote on that old workstation, a high school graduation gift in 1990. I had considered using sampled voices, but over time, it didn’t seem all that necessary. The drum beat was modeled after Madonna’s “Vogue”. The “acid” part of the title refers to “acid house”. It’s not really an acid house track since my only model for the style was Duran Duran’s Big Thing album.

Given then dance floor theme of these coupling tracks, “engimatics IV” was the natural choice to serve as the title track. 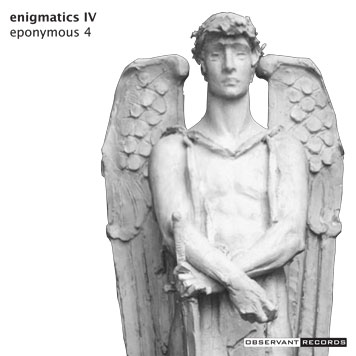